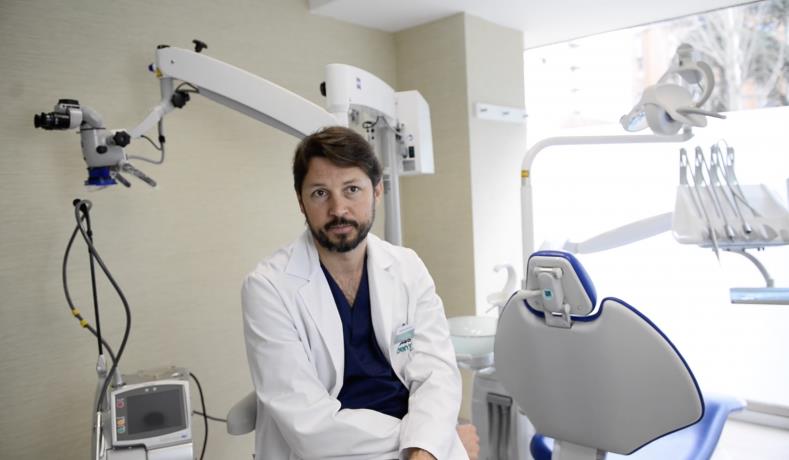 Periodontal disease is a bacterial disease caused mainly by plaque and tartar. There is also a genetic component and smoking masks and potentiates the disease, its prevalence being 80%.

The relationship between periodontal disease and diabetes is bidirectional periodontal disease increases blood glucose levels, causing a greater risk of suffering complications associated with diabetes, such as ocular, renal, vascular, gastrointestinal, genitourinary, etc., and at the same time, diabetes causes periodontal disease to appear earlier, be more severe and progress faster. The diabetic has three times more risk of suffering periodontitis, in addition to greater risk of oral infections, dry mouth, enlargement of salivary glands or alterations in the perception of taste among others.

Why is periodontal disease a risk factor in diabetes?

Because inflammation and local infection, caused by periodontal disease, has systemic effects, increased blood sugar concentration, inhibition of the action of insulin or increased levels of other hormones that are hyperglycemic.

Why does diabetes worsen oral health?

Diabetes generates a greater inflammatory response, causing the loss of tooth support, altering the ability to heal and repair tissue.

The treatment and control of periodontal disease causes blood glucose levels to decrease, so do the complications of diabetes.

Therefore, the dentist plays a very important role in the detection of undiagnosed diabetes or prediabetes and in its control. At Asisa Dental we can help you manage and treat the difficulties that diabetes can cause for your oral health. Come and visit us!